CLICK HERE TO GO TO FORUMS
Oh shit! SINAD can suck my ****s
171 17,953 by Marvey : Jul 2, 2021 at 2:55 PM
With the recent acquisition of an AP analyzer, my intention was to leverage its automation capabilities to offer an alternative more developed set of measurements to simply SINAD, specifically SINAD at 1kHz into a 300-ohm load at 2Vrms and sometimes 4V RMS with a bandwidth of 20kHz. It's not that I do not believe in "SINAD", but rather in how it as a single number was effectively being used as a dogmatic litmus test and yardstick for sonic transparency by Audio Science Review. My intention was to present a related but alternative to SINAD, that is THD mapped to a matrix of low, midrange, and high frequencies vs. voltage levels more reflective of actual use with popular headphones. The idea was the make things a bit more complex as things in the real world are complex, while keeping things simple enough for us to digest and relate to.

Lo and behold, I most certainly did not expect this! A real headphone load (Sennheiser HD650) resulted in up to 50db worse THD than a dummy 300 ohm load at 37Hz with the Topping L30 amplifier!

Anyway, the One Ring is vanquished. F the Eye of Sauron.

Continue...
Topping L30 Review and Measurements
88 7,931 by Marvey : Jun 28, 2021 at 6:47 PM
Yes, this is the very Topping amp that supposedly destroys headphones. Can anyone let me know if I got one that that has the fixes? I did made sure to take anti-static precautions. In a nutshell, the L30 is among a handful of amps that measure spectacularly, so I decided to buy one and try it out for myself. Do I feel the L30 is absolutely transparent from a subjective point of view? Nope, absolutely not. I actually think it's a rather colored amp that commits both sins of commission and sins of omission. But enough of this for now. The reason people want to buy this is because they think subjective impressions are full of crap and want to see the SINAD numbers. Of this, I will happily bring such numbers to you and more. 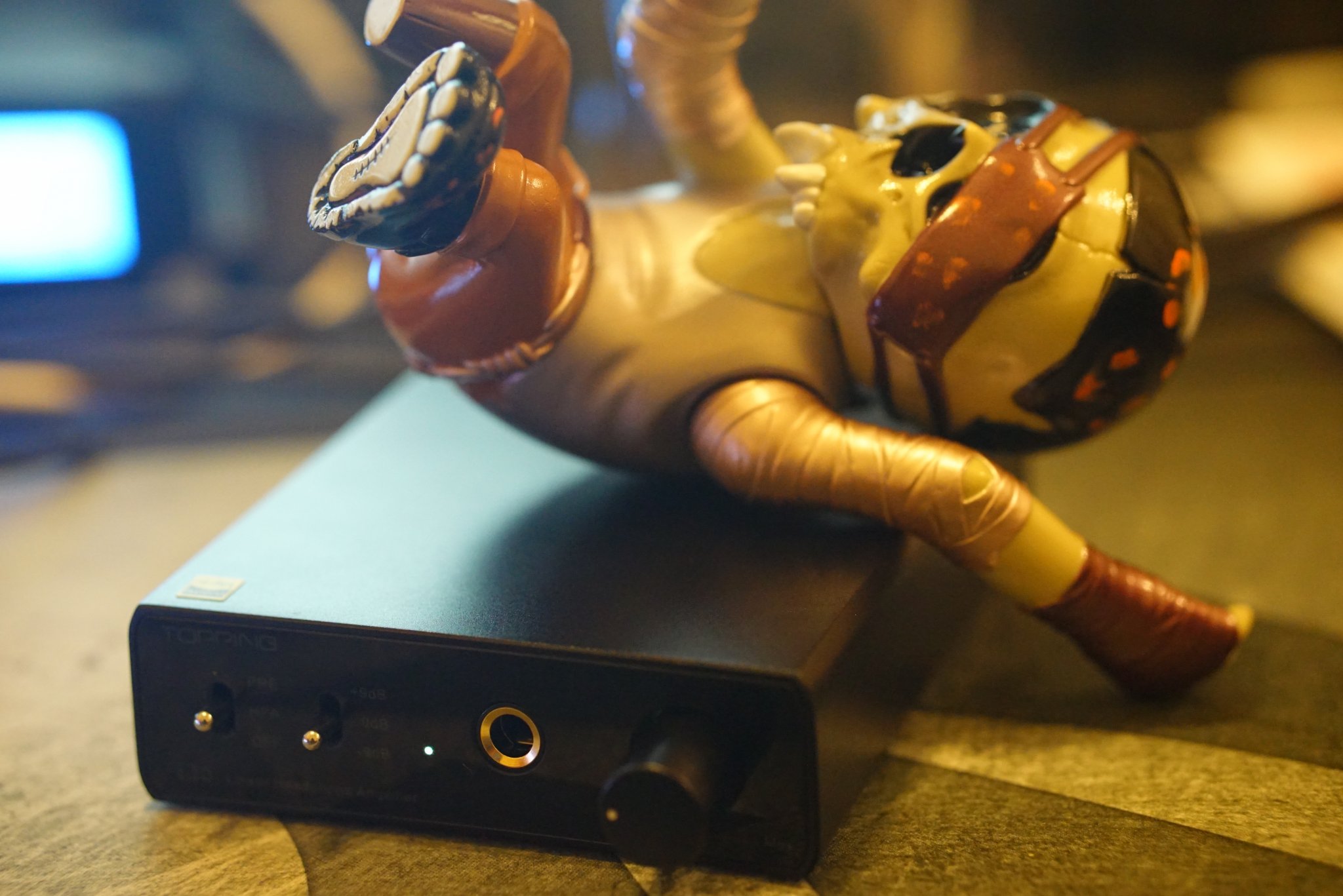 except this is full-sized with a bigger sound stage. Less efficient than Porta, or THX00, or Grado. Comfortable, fabric mesh pads, ears don't touch driver/baffle, and semi-open front baffle like a Sennheiser. 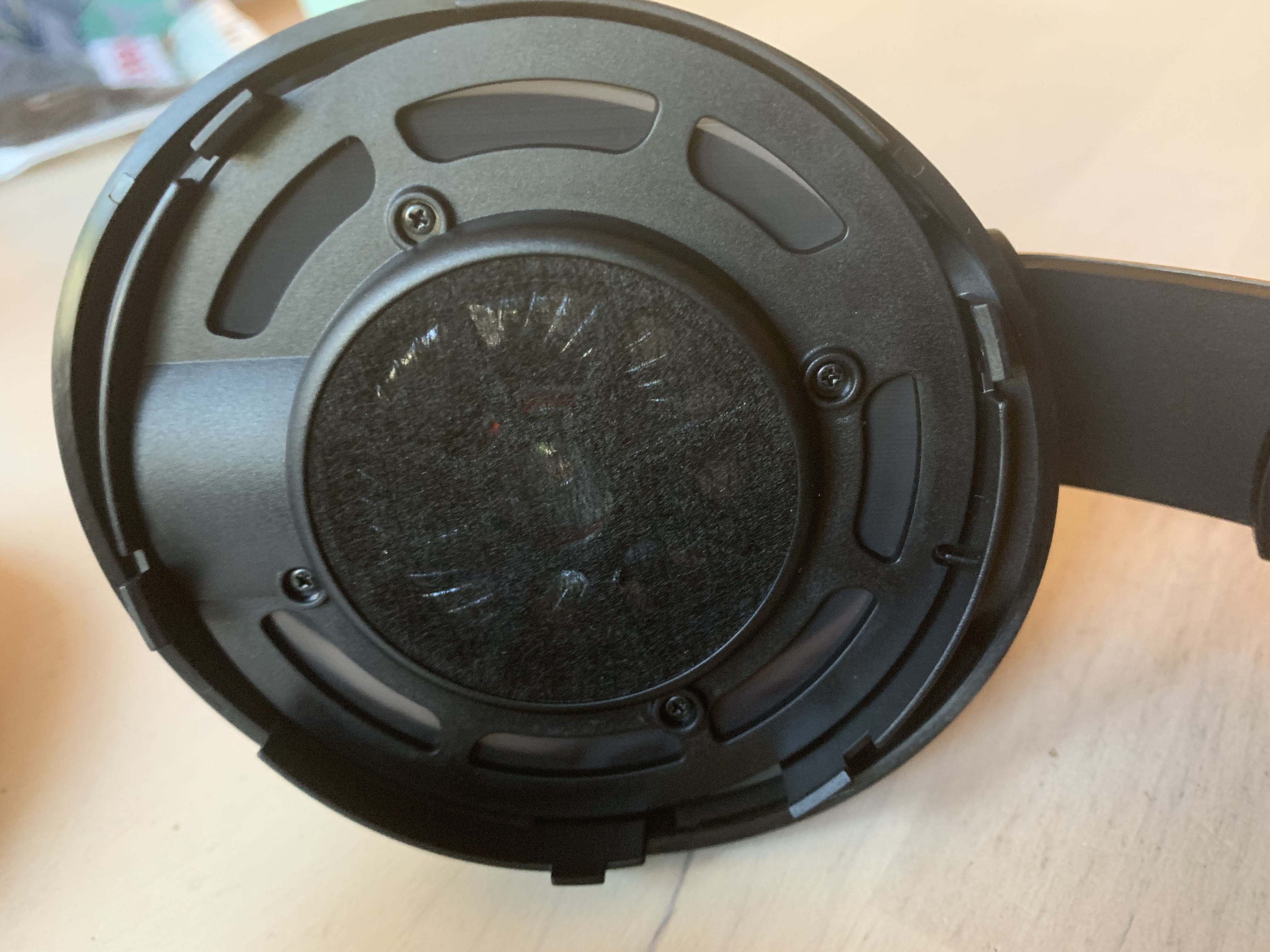 ^ Silk baffle vents. I think I roughed up driver front filter paper when I was trying to figure out how to take the rest apart.
Continue...
Grado SR325X Review and Measurements
52 9,008 by Marvey : Jun 20, 2021 at 10:36 AM
Many moons back, I decided to write a series of posts re-examining classic Grados such as the RS2, but with TTVJ Deluxe Flat Pads. The reason is that once Grados seemed to be en vogue with the audiophile crowd (this was back during the days of veiled Sennheiser vs. bright Grados) and then suddenly fell out of favor. Tyll was well known for not preferring Grados for being too bright. I wanted to present a possibility that Grados didn't need to sound bright at all when using different pads. I mean, I had already done my spiel on why the Sennheiser HD650 and its variants were great headphone, so why not Grado? 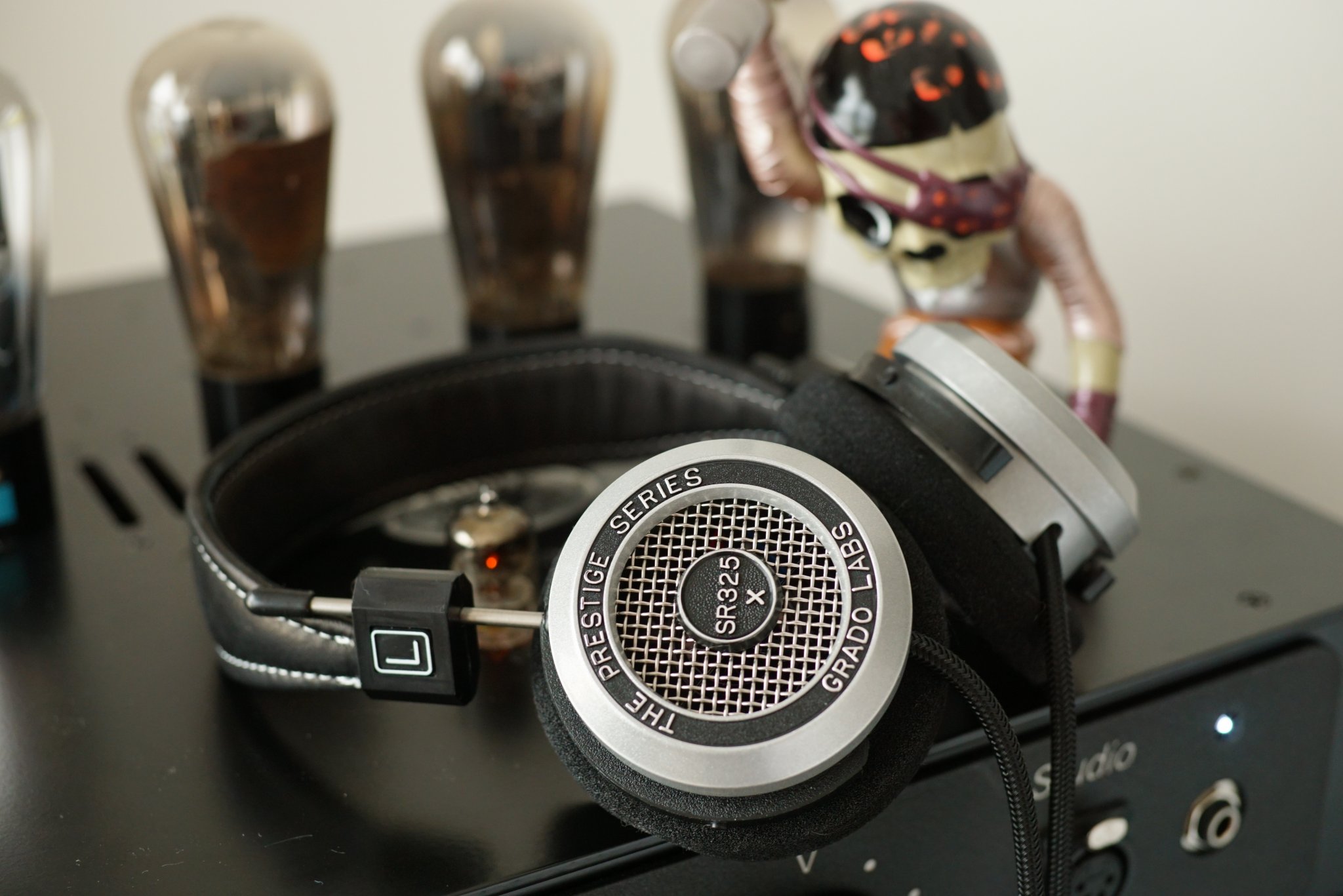 Lo and behold, imagine my surprise when Grado released their Hemp with their version of the flat pads, the F-cush. And now it looks like Grado has completely revamped their Prestige series, of which the SR225X and SR325X now come with the F cushions! So course I had to grab what was known as the most aggressive and energetic of the Grados, the SR325, and take it for a test run. This time however with the included F cushions. I will also see how the F cushions perform vs the TTVJ Deluxe Flat Pads on various Grados later on in the thread.
Continue...
BLON BL-30 Review and Measurements
11 1,342 by Marvey : Jun 19, 2021 at 8:35 AM
The BLON BL-30's claim to fame is the big-ass 70mm driver. This piques my interest because there's no replacement for displacement when it comes to bass. Whether we are talking about woofers, car motors, or solder suckers. (Yeah, try a small solder sucker and see how useless they are compared to a big one). The problem of course is how will such a larger driver handle the highs? Usually here is a price to be paid, but how much? What compromises can we live with to get good bass. 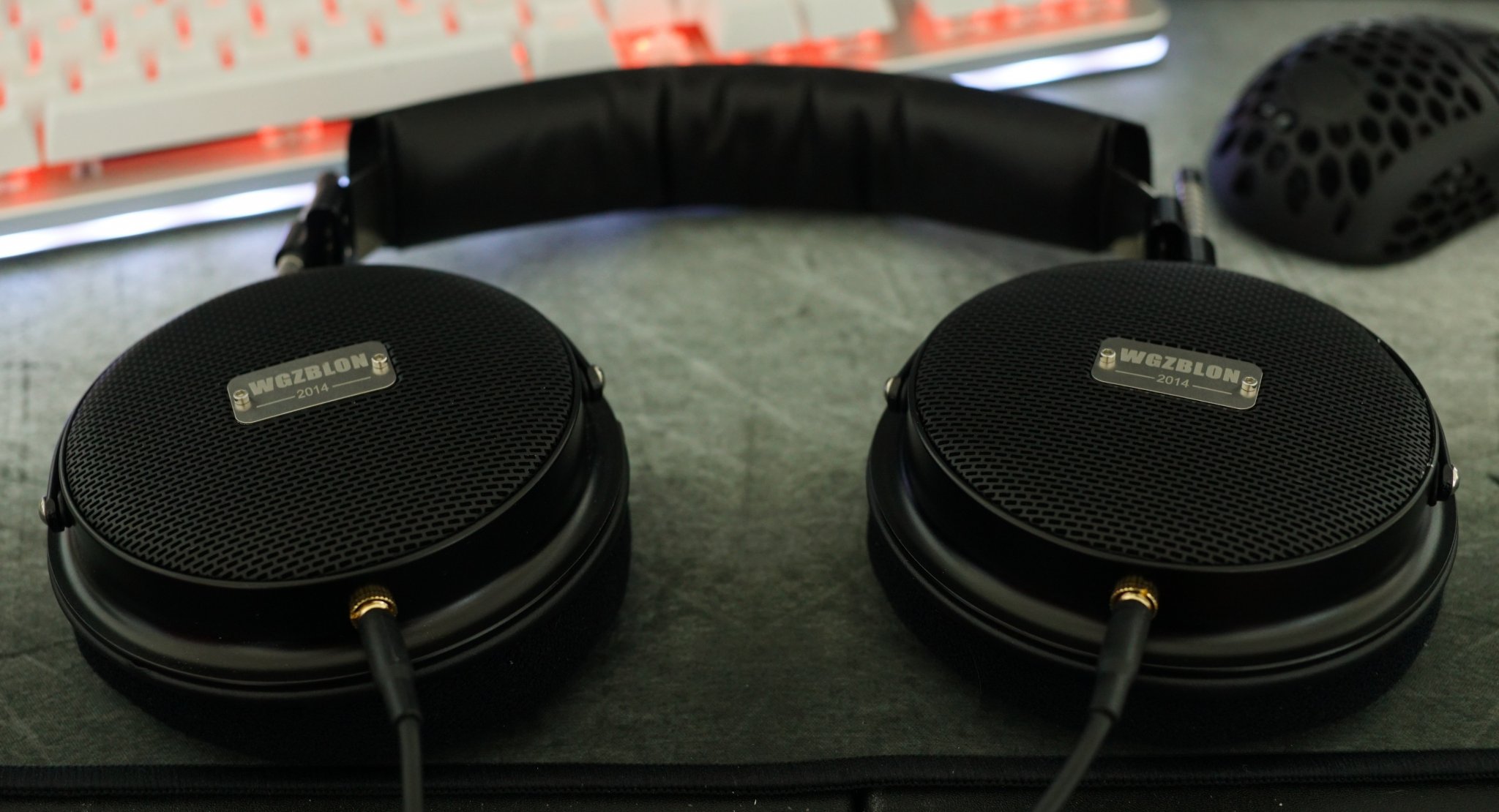 Now before I get into the measurements or subjective impressions (which were quite good), I have to point out something hugely disappointing. The ergonomics and construction are first rate shit and what gives people the impression that China makes garbage. (This is not true). @tommytakis sent these to me in a box (thanks for the Korean treats - we just visited Houston and loaded up a cart at H-mart - however, kids and I pretty much devoured everything in a week) and by the time they arrived, one cup unscrewed itself from the gimble and the wire mesh cover fell off. It took me some effort and tin snips to put the wire mesh properly back on.
Continue...
Pass Labs XP-12 Preamplifier Measurements
5 1,306 by GoldenOne : Jun 18, 2021 at 6:15 AM
APx555 outputting from Sine generator via AudioQuest Mackenzie 1.5m XLR cables into input 1 of the preamp.
Input impedance set to 200kohm. AC coupled. 20khz AES17 bandwidth limit.

4v input 4.2v output (closest I could get to unity gain with inbuilt vol control at 90) 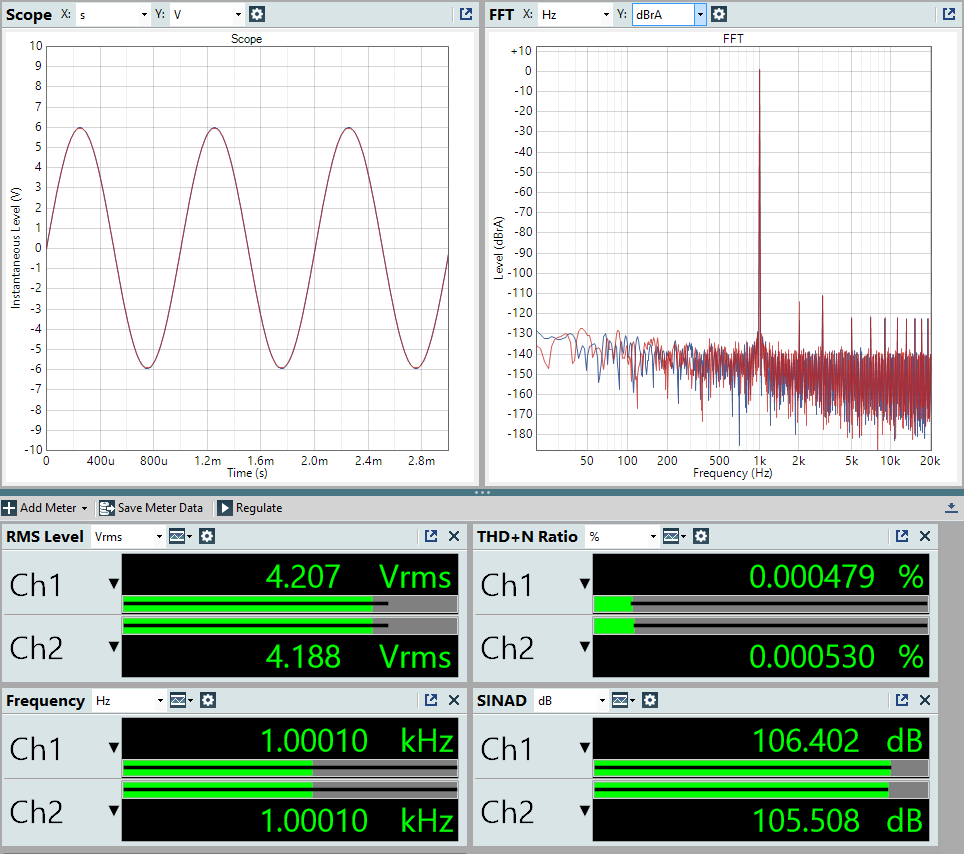 This is a new thread split off from here where @purr1n initially found some discrepancies with the measurements of SINAD chart topping Soncoz SGD1 DAC on Audio Science Review. These discrepancies were significant to the point of downgrading the Soncoz DAC from the one of the "leaders of the pack" to one the laggards behind the leaders. Some people felt the initial discrepancies were because of differences in measurement gear, first a AverLAB, and then an APx525 vs. the state of the art APx555 (ASR).

Further investigation with two additional samples of the SGD1 DAC using the APx555 have confirmed @purrin's initial findings. One positive aspect is that the "IMD hump" fix has been corrected. We do not know if the significantly worse SINAD measurements are the result of this fix or if ASR received a cherry-picked sample from the manufacturer. However, we think it is necessary to let the buying public know that the spectacular SINAD results could not be duplicated with three off-the-shelf production samples, especially to those who rely on measurements to make a determined buying decision. In addition, a third sample showed worse measurements in one channel compared to the other.

So I just put the SGD1 on the APx555 and @purr1n looks like you were right, this is NOT measuring the same as ASR is showing. 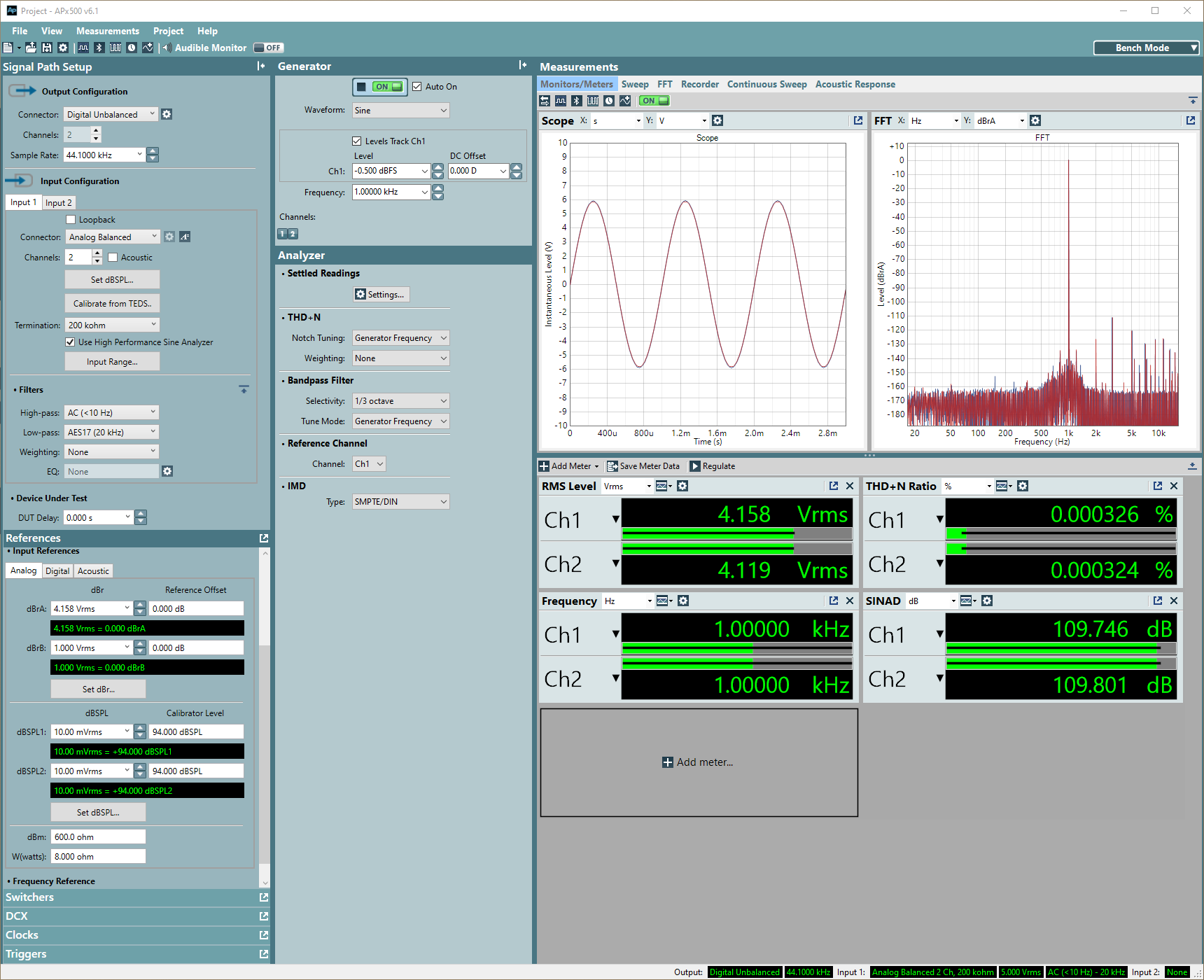 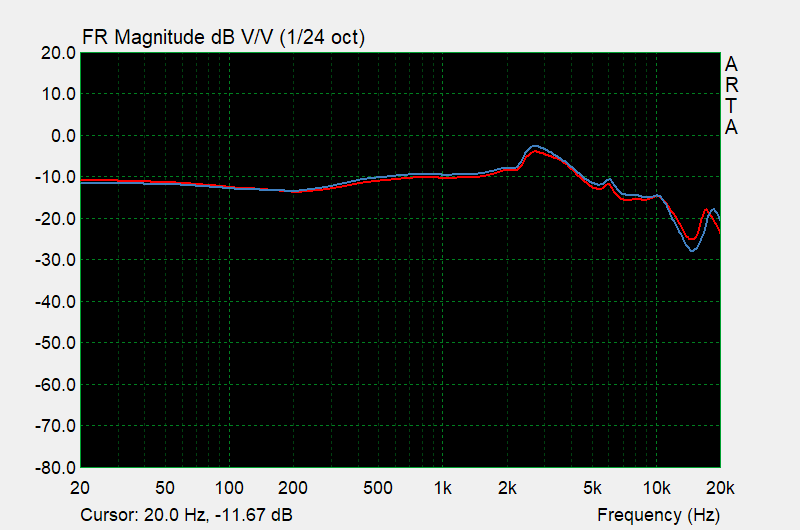 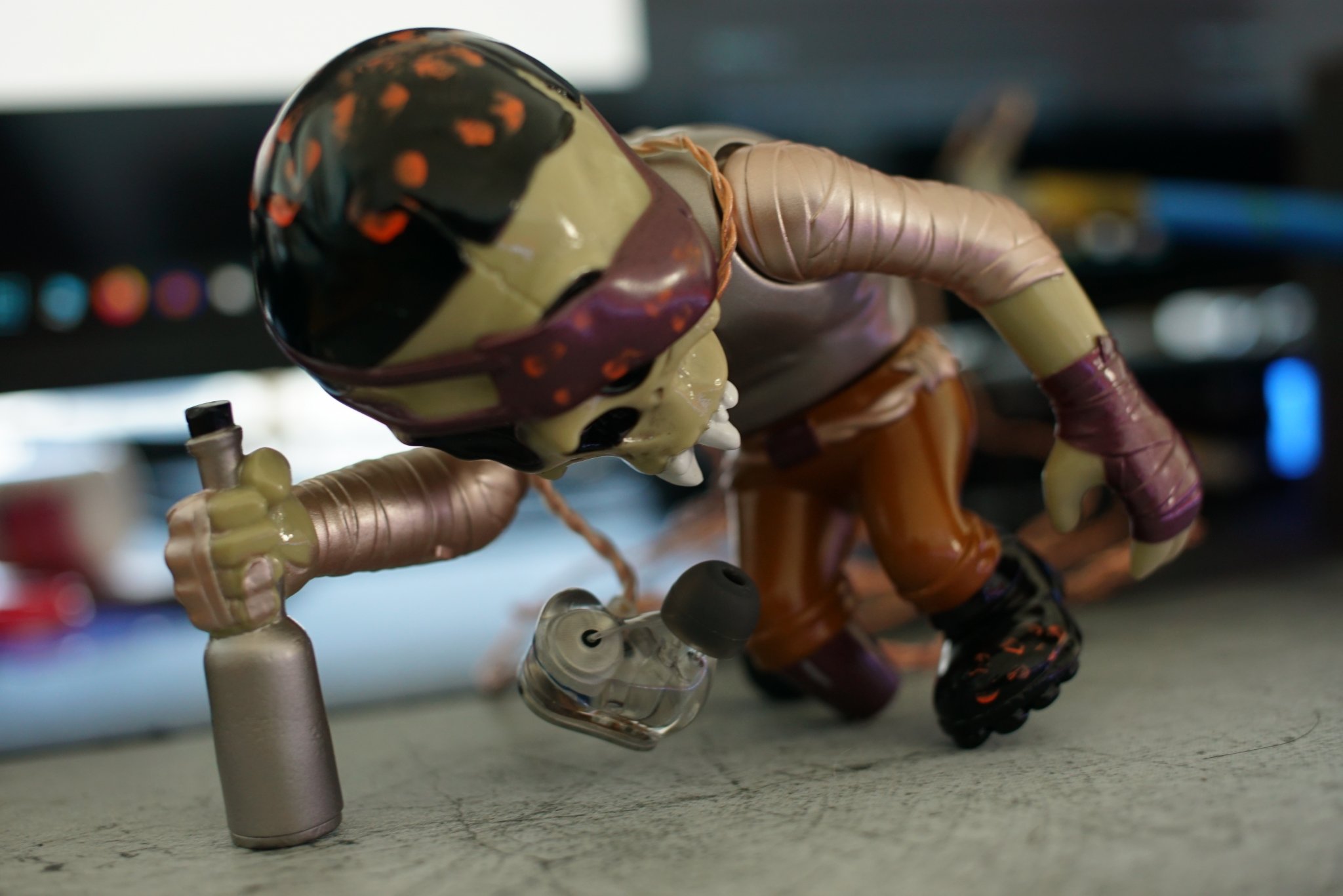 Continue...
SteelSeries Arctis 3 Review and Measurements
6 905 by Marvey : Jun 10, 2021 at 7:37 PM
This is the SteelSeries Arctis 3. It's got a number of features for comfort: suspension headband adjustable via velcro straps, clothlike earpads with soft foam, and a swivel mechanism. However, I found the depth inside the earpads a bit shallow. Those with larger ears that stick out could have an issue. The baffle of the headphone is angled. A nice touch is the retractable microphone stalk which can be twisted to conform to almost any orientation. 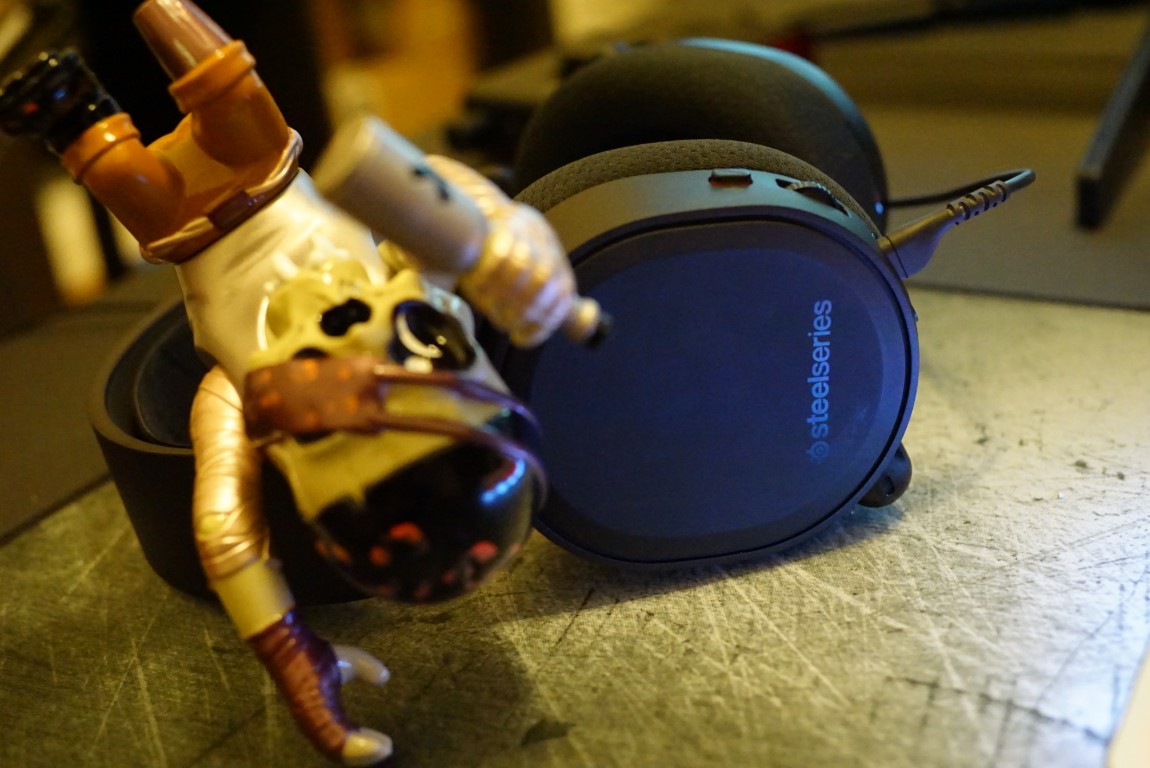 The Arctis 3 has a severe midrange suckout. It's signature is classic V-shaped, but for some reason I don't hear it as elevated bass and highs because the missing midrange is just so annoying and makes all sounds unnatural. In addition, there is a lot of internal cup reverb, sort of a cheap plastic shell effect.
Continue...
Koss ESP-950 Vesper Pads Review and Measurements
22 1,935 by Marvey : Jun 9, 2021 at 6:22 PM
A while back, there was a request from some members for me to obtain and test these pads. (As an aside, I have noted the requests and will do my best to get to all of them. Just give me time. And by time, that could be months or even a year!). A shout out to FongAudio.com who has helped make this happen. What I have on hard are two versions of the hybrid suede pads. The hybrid pads are wrapped in leather with the surface that rests against the head suede leather. The insides are soft memory foam. One pad looks to be angled, the other is flat. I will compare these to the Drop ESP/95X pads. The Drop pads are velour with a foam which is a slightly stiffer. I find all three pads preferable to that of the stock ESP950 pads. Here are the three sets of pads lined from left to right: Vesper hybrid, Vesper angled, Drop ESP/95X. Note that the ESP/95X pads are mounted on the earcup of the headphone. 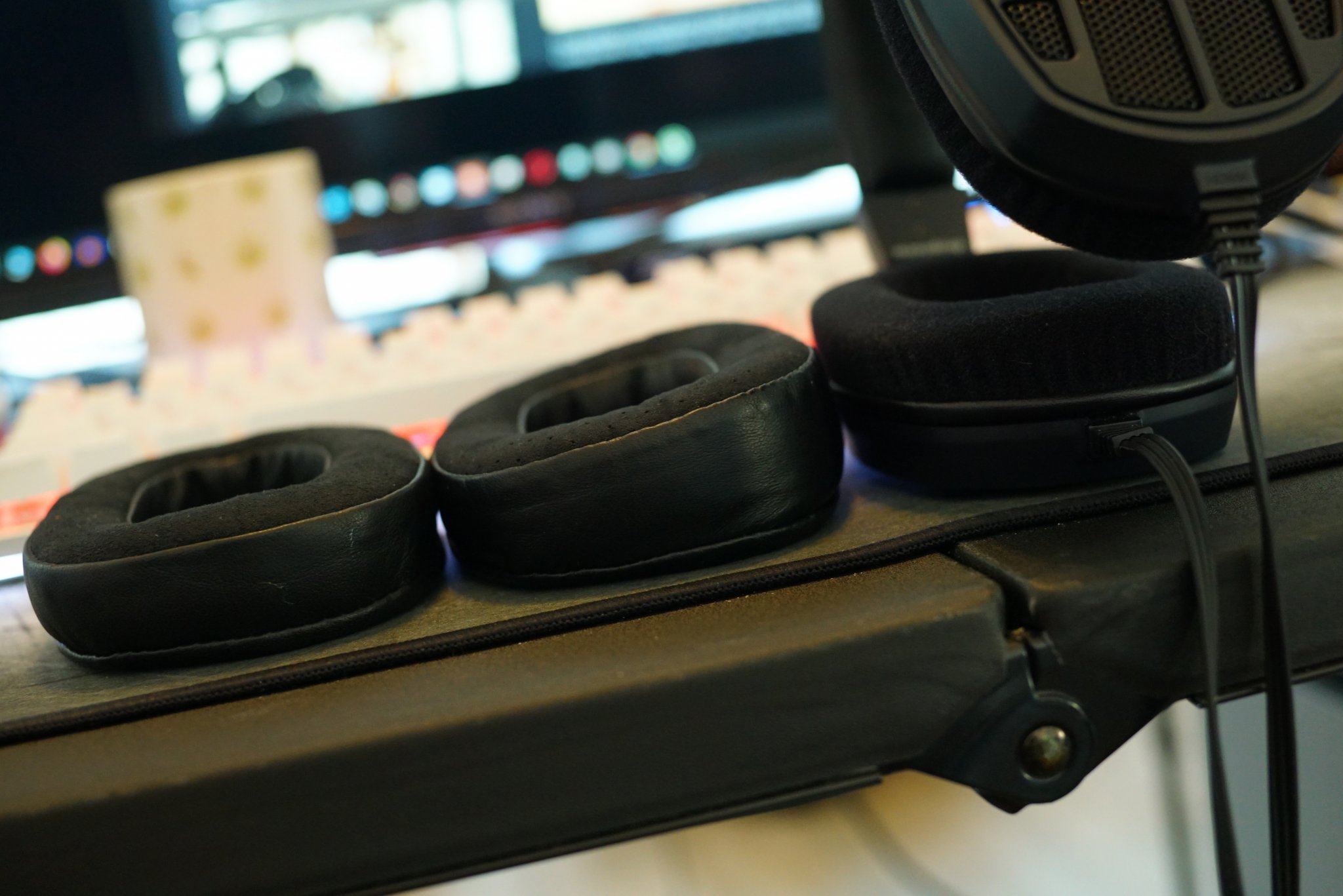 Let's start with simple frequency response. Note that the sharp narrow dips in the lower treble and high treble are measurement artifacts (to be confirmed in CSDs in later post.) The Flat Plate Coupler was used here to get the most consistent relative results...
Continue...
iFi Pro iESL Electrostatic Headphone Energizer Review
41 3,601 by Marvey : Jun 5, 2021 at 9:39 PM
... Anyway, what I wanted wasn't a T2 DIY for the ESP950. I simply wanted an amp which was at least semi-competent with these headphones. There was a BHST (not BHSE) on Head-FI for cheap a few years ago, but I missed out on the opportunity. No way was I going to bother with KGSS or its variants such as HV: macrodynamics and control all right, but talk about flat and boring on the microdynamics plus analytical and sterile - the antithesis of SET. What about STAX? You kidding? I dislike their low-end amps, which are expensive enough already; and kind of dislike their higher end amps. They all sound too soft. Oh, the SRM-T8000? Wow, what a piece of shit for $6k+. I don't know how STAX gets away with making stuff like this. BTW, this review here I totally pulled my punches: https://www.superbestaudiofriends.org/index.php?threads/stax-srm-t8000-first-impressions.4761/. What about those STAX energizers? Those made the SR-009 sound like low fidelity headphones, syrupy, non-resolving, goo - and this from the Ragnarok 1, which was otherwise a great small speaker amp if you knew how to get it up right. 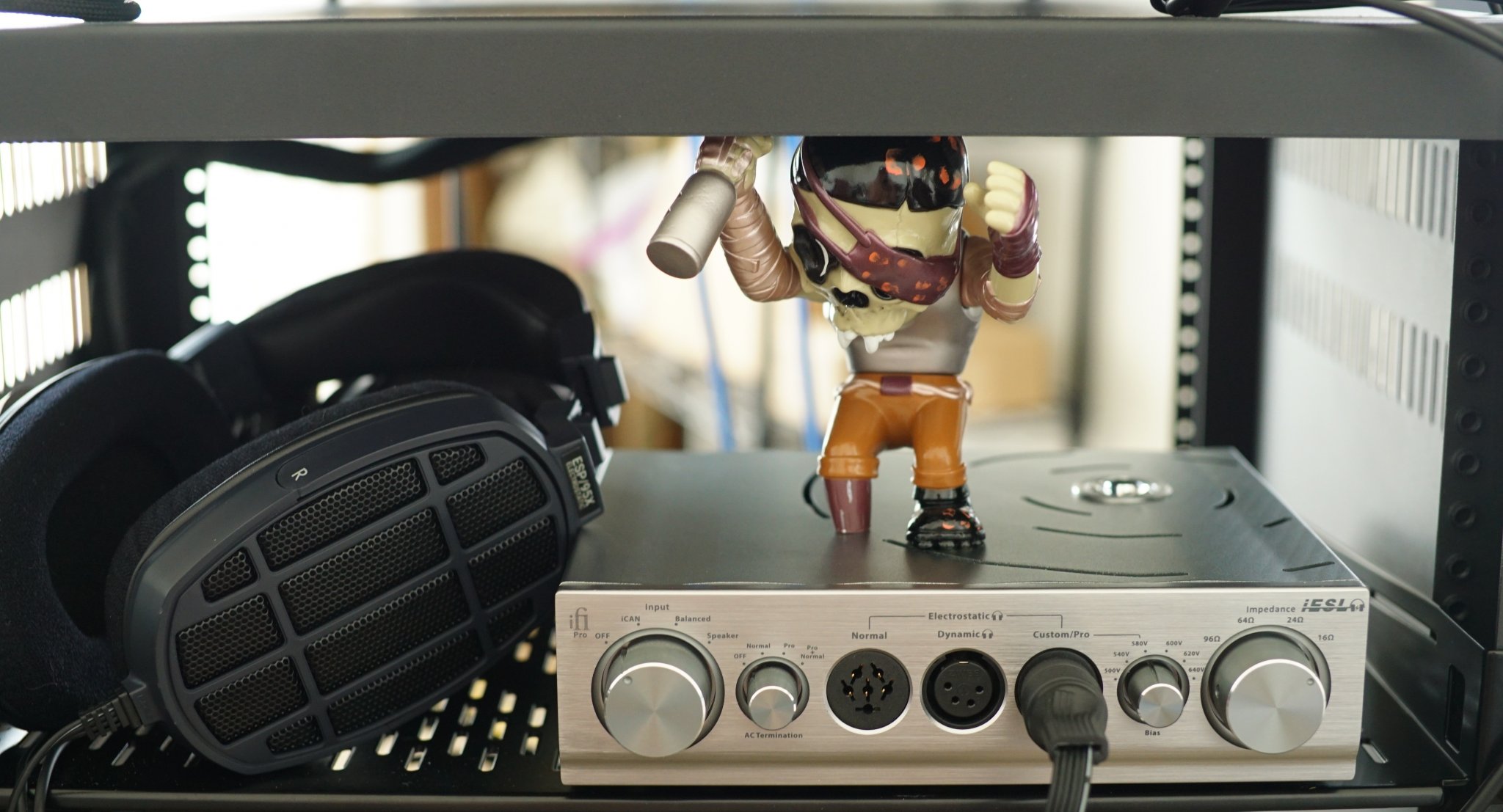 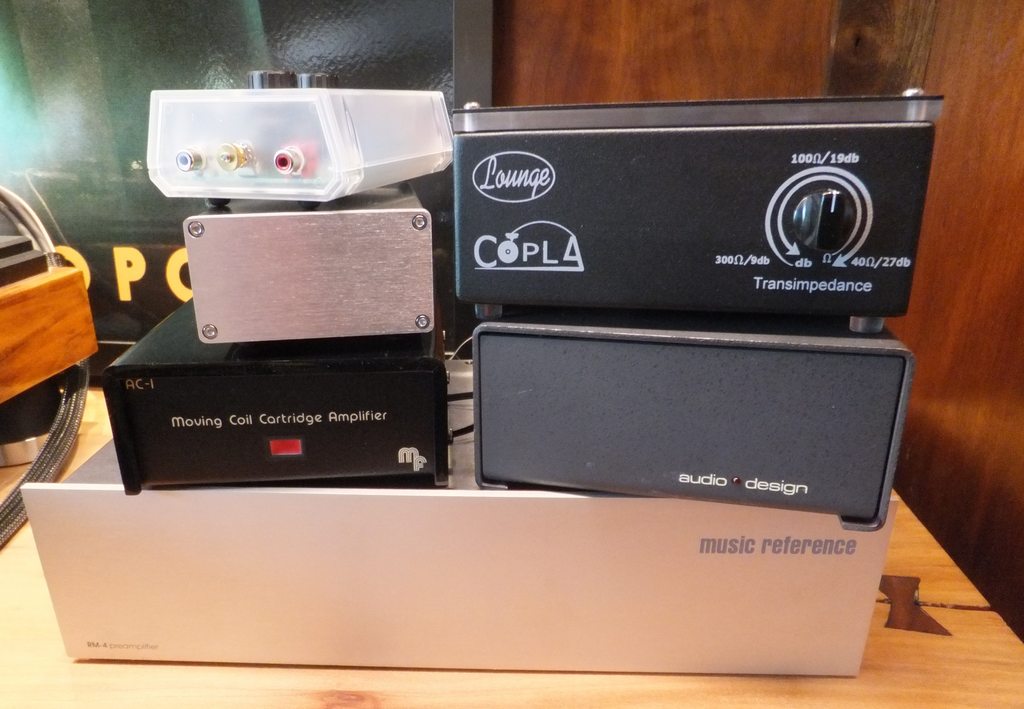 The headamps I compared were: Muffsy MC Head Amp (DIY kit), Lounge Audio Copla, Hagerman Audio Labs Piccolo2, Audio Design MCP-1, Musical Fidelity AC-1, Music Reference RM-4. The first three are current production amps (the Muffsy is a kit), the last three are out of production but are still well considered and available (occasionally) on the used market. Why this comparison and these specific headamps?
Continue...
Page 3 of 17
XenPorta 2 PRO © Jason Axelrod from 8WAYRUN
SBAF is supported by the following: