CLICK HERE TO GO TO FORUMS
A Rethink of THD/THD+N (or why both tell us almost nothing)
42 2,359 by ChaChaRealSmooth : Jul 6, 2020 at 8:58 PM
To be absolutely clear, both THD and THD+N are not completely useless measurements. However, when interpreting these numbers, it is of vital importance to keep in mind what they represent. THD is essentially a summation of all of the harmonics, i.e. 2nd harmonics, 3rd, 4th, etc, and outputted as a single number. The “+N” part, the noise, refers to things like mains noise. This measurement is most useful just as a quick and dirty way to see the harmonic distortion present within a system; however, there are several problems with this singular number approach, some of which I will attempt to identify and explain here. The goal is to be able to explain the dated nature of THD using the examples of some amplifiers, explain how to use the individual harmonic measurements to help extrapolate sonic characteristics from looking at measurements, and introduce @atomicbob’s “crap factor,” which @atomicbob believes to be a much more useful measurement when talking about the bad stuff we don’t like listening to. Keep in mind that I am not downplaying the importance of subjective impressions (after all, we listen to music and not sit there and listen to 1kHz sinusoids), but rather is an attempt to help this community understand the thoroughly detailed measurements that @atomicbob, @purr1n, and others post, how they might correlate to things that you hear, and how to use them to help match the measurements with your personal preferences. After all, Changstar was founded upon the idea of measurements, and measurements should serve as a basis to at least keep us honest.
Continue...
Geshelli Erish Headamp
23 3,858 by Vtory : Jul 6, 2020 at 7:07 PM
Had this in the house roughly for ten days. Shortly speaking, the amp was surprisingly good to me. 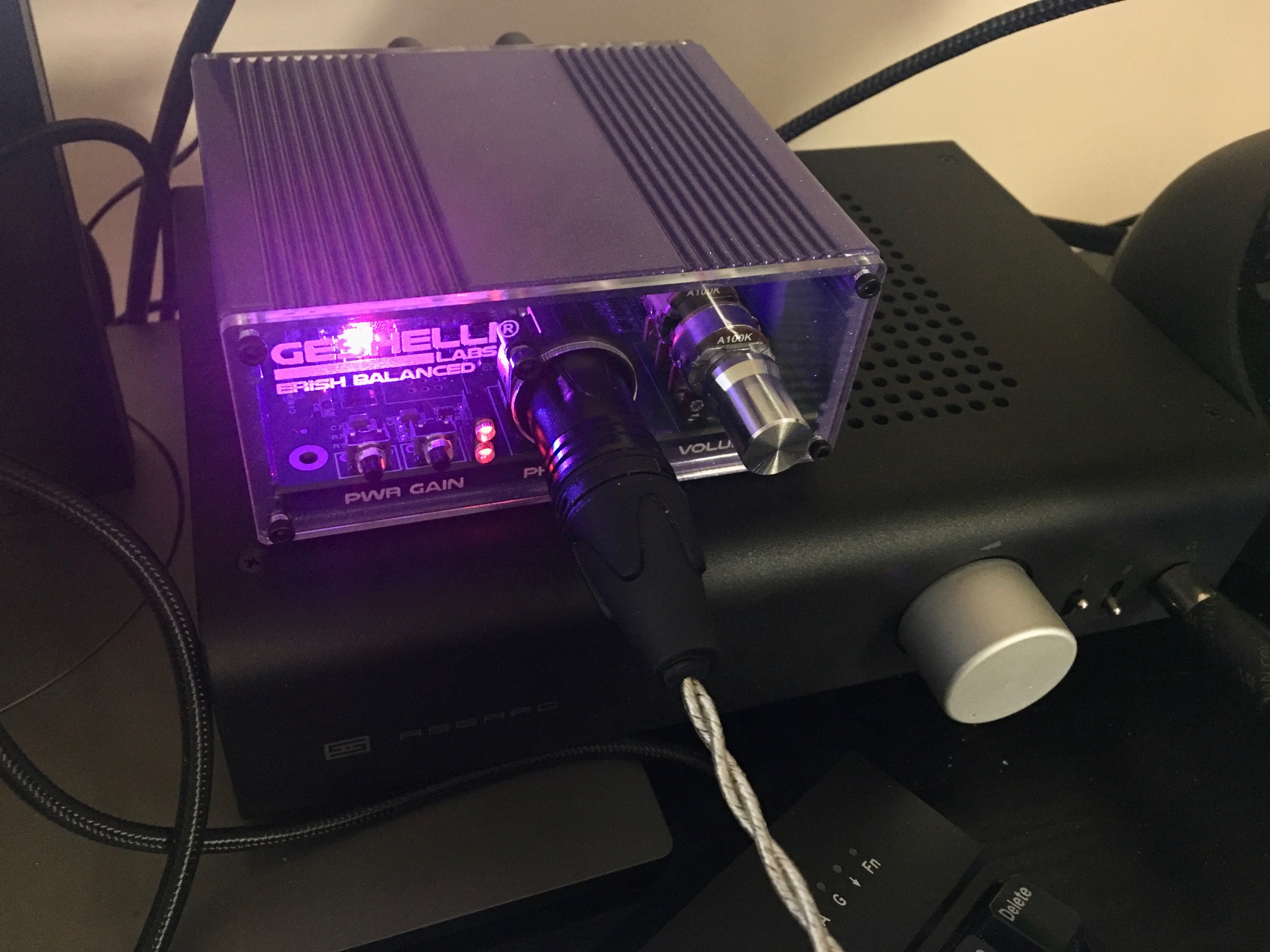 Continue...
Campfire Andromeda 2020 Review
12 2,562 by purr1n : Jul 5, 2020 at 6:58 PM
I'm a bit late on this one since the Ara seemed to steal the thunder from the 2020 update to the Andromeda. Physically the dimensions are unchanged, so those with fitment issues with the nozzles being too shallow with the OG Andromeda won't find this any better. The only change that I've noticed from the OG is bore opening is a grill instead of three holes. 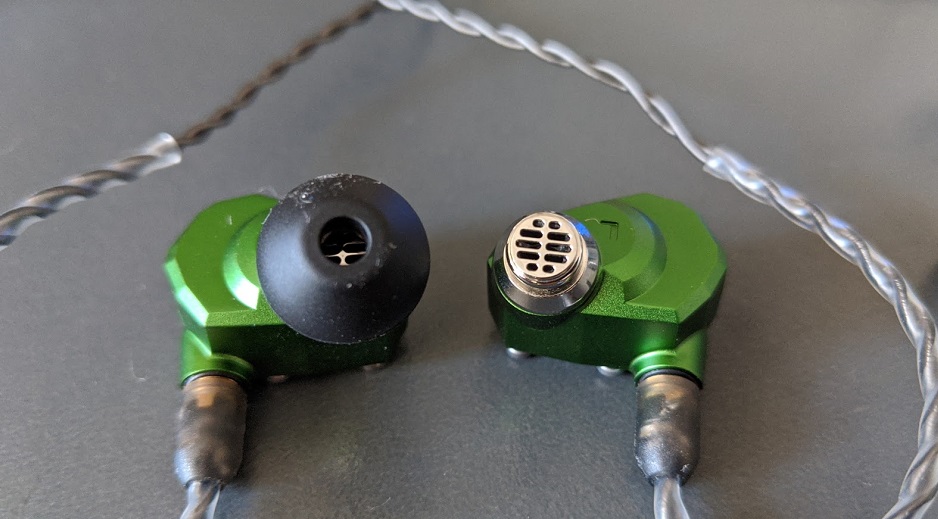 I will keep the subjective impressions short. While the OG Andromeda (without much tweaking and from a near zero ohm source) has a slight V-shape, the Andromeda 2020 is a dark sounding IEM. Actually quite a bit darker than the measurements below would indicate. The highs up top do sound a bit more refined, but I am not sure if this is via the tweaks since the OG Andromeda (applied to Solaris), or a function of the FR differences (more lows and less highs).

Continue...
HeadAmp GS-X mini Impressions
15 3,231 by TheIceman93 : Jul 1, 2020 at 7:49 PM
I ordered my own unit a few days ago and it should be here by the end of the week. I will post more detailed impressions but I was curious if anyone else has heard this amp. 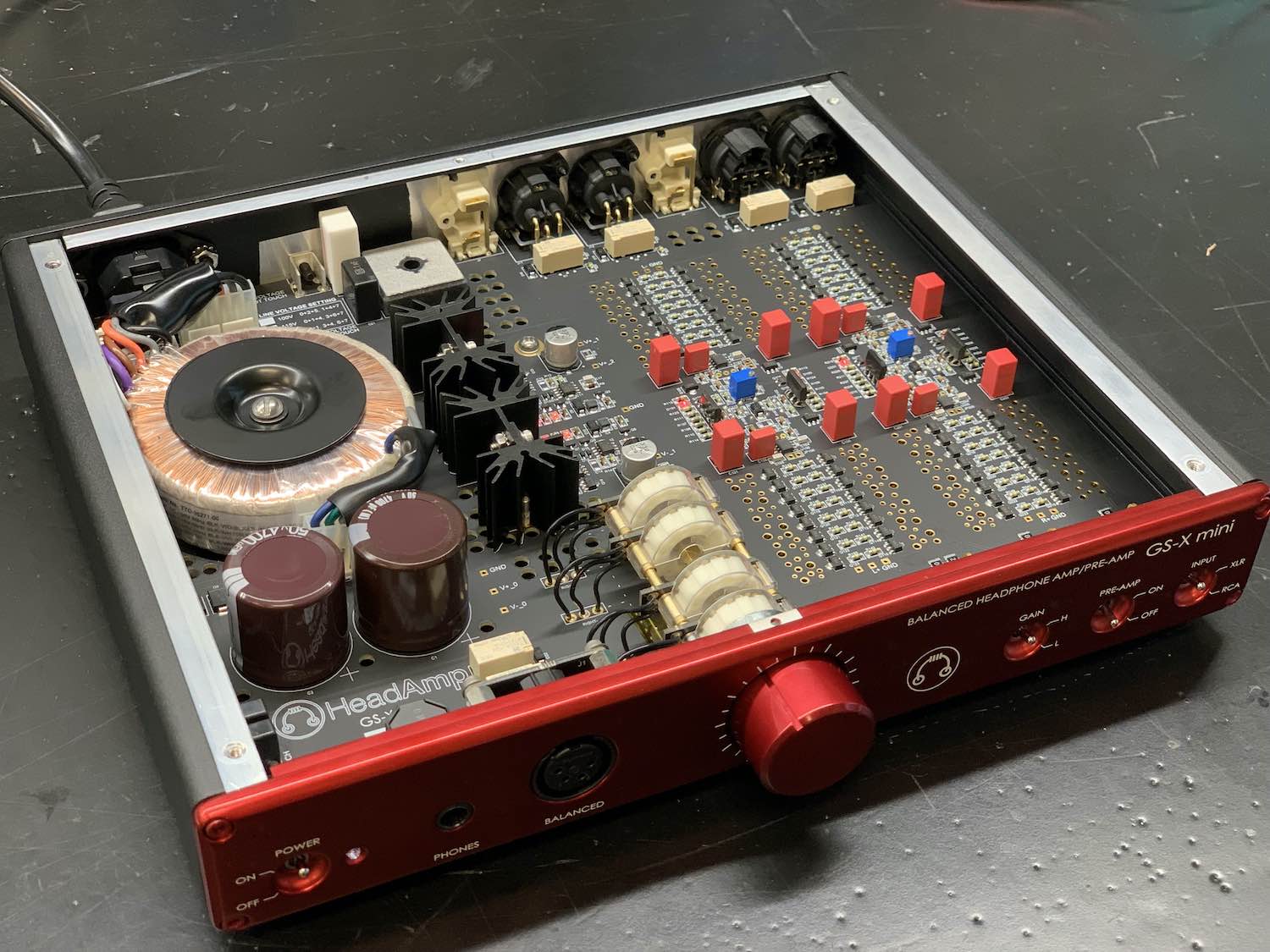 Continue...
Balanced to single-ended converter (XLR to RCA / BAL to SE)
73 7,117 by purr1n : Jun 27, 2020 at 8:46 PM
I've been asked this a few times now so I figured I would share with how I constructed my balanced to single-ended converter using line input transformers. The sonic reasons for doing so are to provide an alternative sound for DACs which have a balanced (XLR) output where you have an amplifier or preamp that only takes unbalanced or single-ended (SE) inputs (RCA). Some DACs such as the Schiit Modius have a balanced output which is a different circuit from the SE outputs, so this method provides another option. I will not guarantee that using the converter will sound better, only possibly different. For example, if it sounds better, then all the power to you. In some instances, such as with pro audio gear DACs, we will have no choice because pro gear usually does not come with SE outputs. 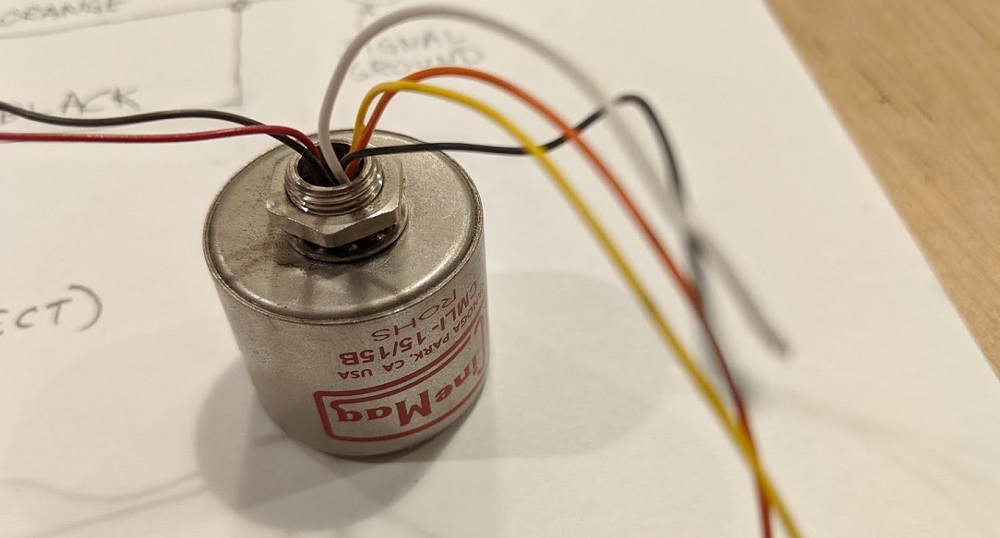 Continue...
iFi Phono3 Black Label Review
44 5,018 by purr1n : Jun 22, 2020 at 11:01 AM
The iFi Phono3 is absolutely insane. I don't even know where to start or how to explain, so I figured I will make this another one of those stream of consciousness reviews with measurements along they way. Like other iFi products, the Phono3 offers a ton of user adjust-ability, except in this case I feel it's warranted. To borrow a phrase from someone I had just spoken to regarding the Phono3, the Phono3 is geared for the tweaker or perfectionist! 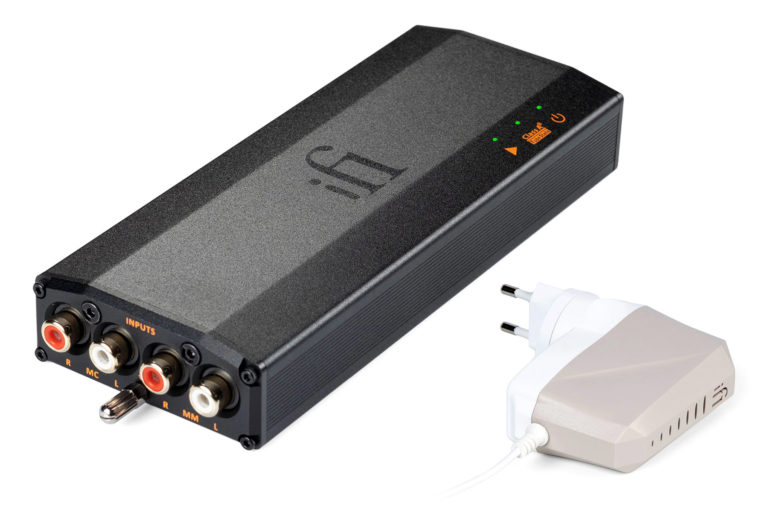 I'll start first with how it sounds and keep it short and sweet. The first thing I noticed about the Phono3 is how clear and free of veil it sounded compared to practically all other phonostage unless they were super high-end or special custom jobs designed for a specific use case. iFi says the Phono3 is direct coupled design, and it certainly sounds like it. Most phono stages will have several caps in the signal path, even disregarding the caps...
Continue...
Delta Sigma: An Inconvenient Truth
242 24,237 by k4rstar : Jun 21, 2020 at 8:12 PM
I'm about to go full Al Gore on you guys because this is a discussion topic i have wanted to flesh out here for a while now
if you love music, and i mean really love it, not just as background noise - why are you still bothering with D/S converters? I feel as though there has been an increase in discussions and interest regarding D/S DACs on this forum in the past two years. I attribute this mainly to two things:

I know all of this has been hashed out to some extent one way or another before, but i feel like an honest and stark refresher is in order. i know there are several community members who had similar experiences to me, and i would like to ask anyone who messed around with D/S converters in the past and settled on R2R as the righteous path to share their experience.
Continue...
Considerations before going down the vinyl rabbit hole
92 7,565 by purr1n : Jun 17, 2020 at 10:17 PM
SO, YOU HEARD VINYL IS AWESOME AND SOUNDS AS GOOD OR EVEN BETTER THAN THE BEST DIGITAL?
These latest discussions are why I am super hesitant about getting folks into TTs. It's going down the rabbit hole that either leads to wonderful or severely messed-up results. It's Lucy in Sky with Diamonds and Are You Experienced. You have absolutely no idea what kind of trip it's going to be.

ON VINTAGE OR USED GEAR ... THE PHONOSTAGE ... ALL TOO EASY TO SAY VINYL IS AWESOME ... FREE IMPROVEMENTS - 10000 ADJUSTMENTS ... PHONO CARTS ... IMPERMANENCE AND OTHER CRAP
Continue...
TH900 mod extravaganza (stream of consciousness)
37 3,524 by E_Schaaf : Jun 16, 2020 at 4:08 PM
Figured it might be time to post about what I've been doing with the TH900. I've tried about a million things with these, and the pictures I'm going to post are pretty much the best I could get them before I decided to use wood glue to permanently screw the cups in place. Not because they're perfect, but because I had already crossed the line into insanity and needed to preserve my own mental health. The tuning I arrived at was as close to perfect as I could get for my tastes and given these headphone's strengths. No, they'll never have the imaging of some open headphones, and they'll never be dead flat. But for tactility and slam with a fun tuning that still reveals mixing choices and recording differences with ease, I haven't found better. Lets just say this is the headphone that is making my 3 pairs of HE6 sit and collect dust. 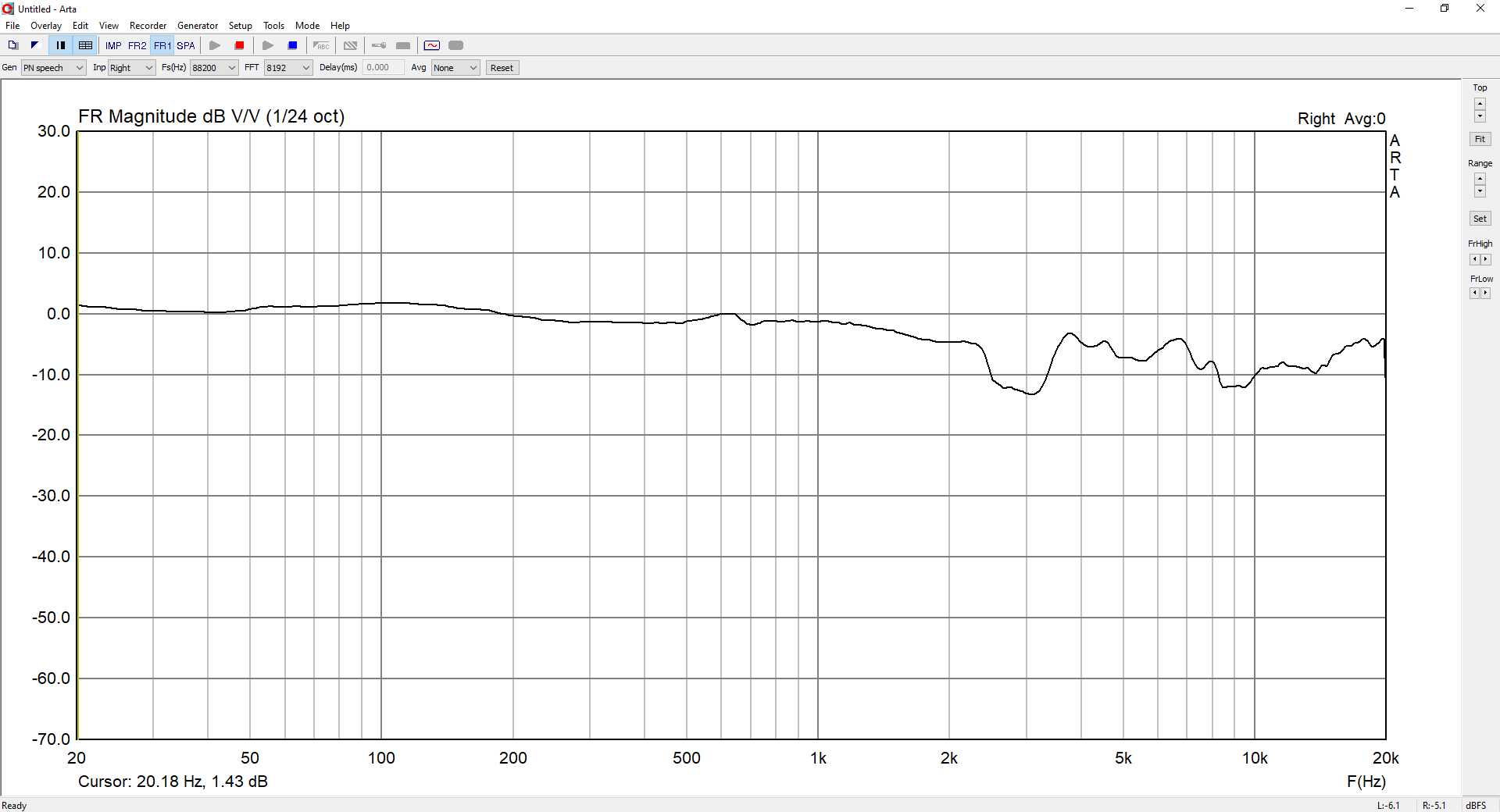 Continue...
Bryston BHA-1 Amplifier Impressions and stuff
39 4,729 by tommytakis : Jun 16, 2020 at 3:49 AM
I couldn't find any dedicated thread for this amp, so I thought I would share my thoughts on this pretty sweet amp! TLDR: I think this is a great all rounder solid state amp that is "reasonably-priced" and can provide an alternative flavor if you find the Black Widow too warm and lush sounding. For me, this is the perfect place holder amp while I patiently wait for Starlett to arrive on my doorstep.

First off, this is one of the few solid state amps out there that synergizes well with HD800. no joke, even the stock HD800 was sort of listenable which really surprised me. What was even more surprising for me was that it wasn't a warmpoo amp trying to mask all the flaws of HD800, rather play to its strengths without messing up the FR too much.
Continue...
Motu UltraLite mk4 Review
39 4,731 by purr1n : Jun 14, 2020 at 1:38 PM
The way I am going to approach the UltraLite mk4 is from a headphile and working-from-home perspective. The Ultralite is a computer interface with multiple inputs, multiple outputs, internal routing, mixer, DA/AD, and more. It's a viable alternative to the RME ADI-2 Pro (remember when it was FOTM). I only wished that someone had brought this piece of gear forth as a much less expensive alternative with a different sound. @Psalmanazar has mentioned this, but the RME's FOTM had already passed by the time he did. 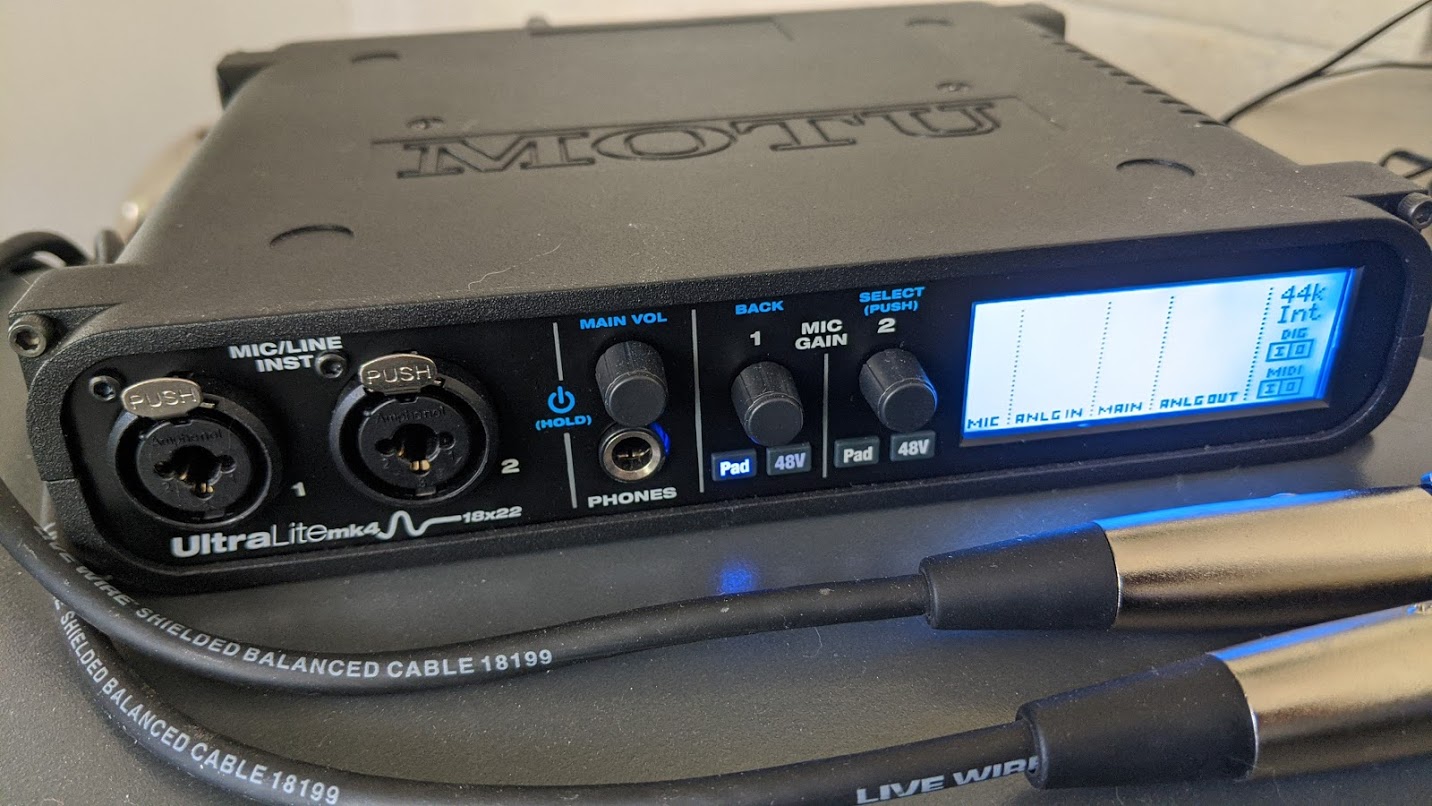 The quick takeaway is that the Motu Ultralite mk4 is the bees-knees best-thing-since-sliced-bread at an affordable price point of $700. It does everything we can possibly imagine and more. It serves as an excellent DAC for the price point.
Continue...
Moto UltraLite-mk4 technical measurements (DAC only)
51 4,540 by atomicbob : Jun 5, 2020 at 5:20 PM
Notable highlights: 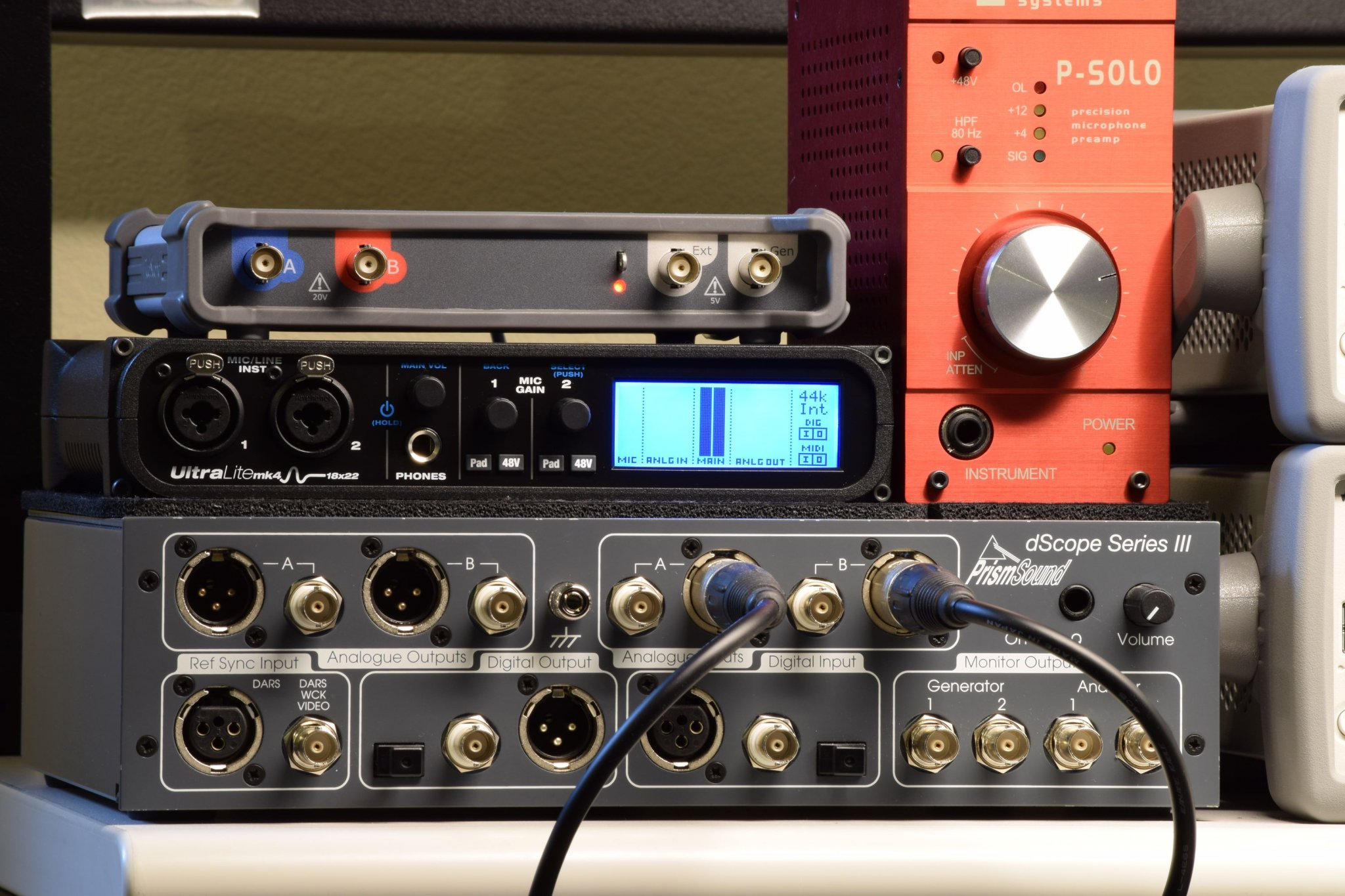 Continue...
Page 5 of 8
XenPorta 2 PRO © Jason Axelrod from 8WAYRUN
SBAF is supported by the following: