Continue...
WTF Revisited: Sennheiser HD700 Stories, Review, and Measurements
147 10,461 by purr1n : Aug 16, 2020 at 2:48 PM
Oh that's right. I almost lost my train of thought. This was the meet where I heard not one, but a bunch of people going around saying that there would be a successor the the HD800. You know, it's one of those bullshit secrets that go: "don't tell anyone because it's super secret, but I heard...": Sennheiser has something in the works with the HD800's technical ability, but with the tonality of the HD650. I kept eagerly waiting, and waiting, and waiting. It's 2020 now. I don't care anymore. 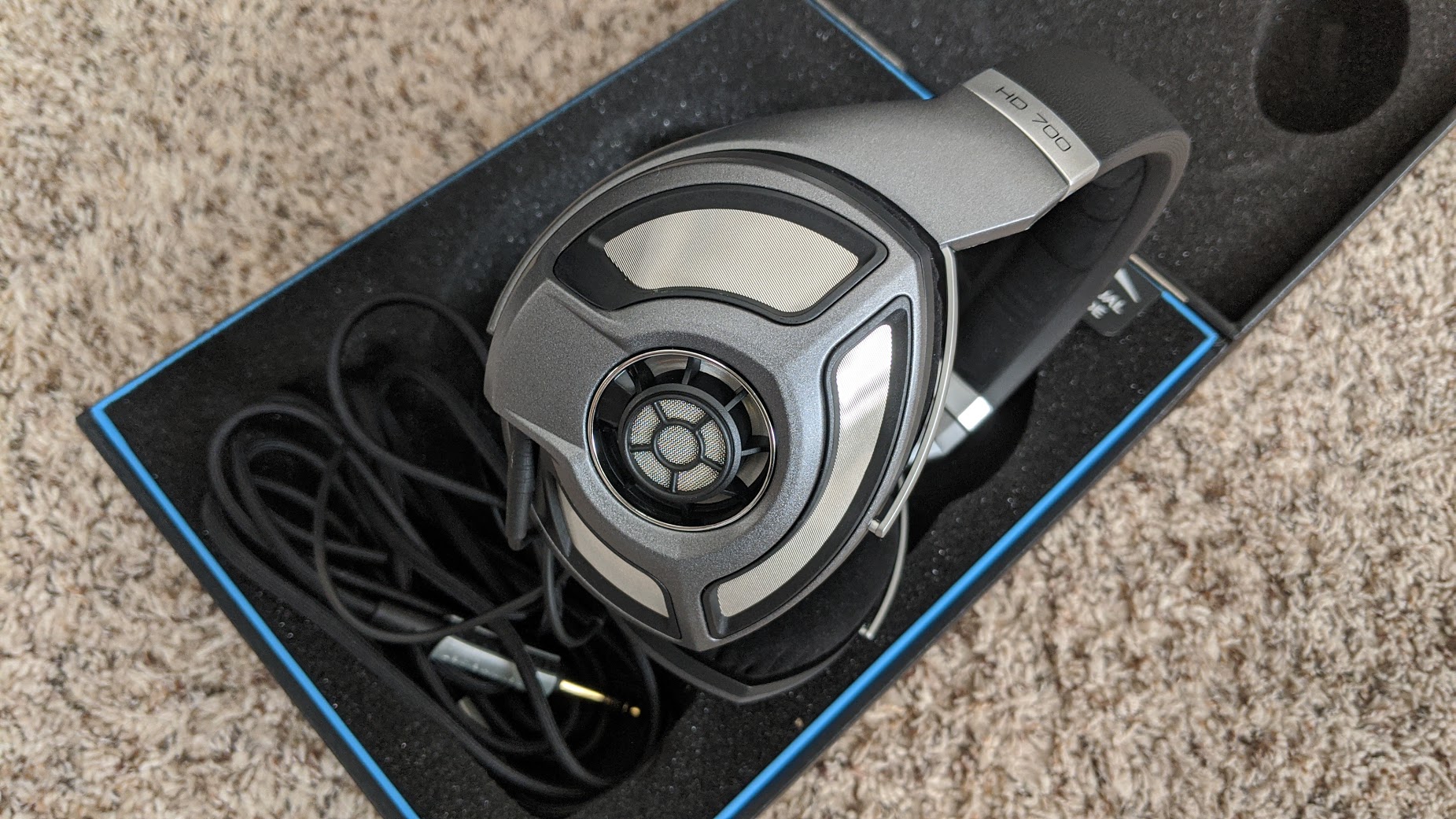 Continue...
Tin Hifi P1 ortho iem review
16 1,591 by rhythmdevils : Aug 16, 2020 at 4:06 AM
The P1 is a very neutral iem (one of the most neutral I’ve heard, probably only bested by the CA Ara) with excellent tonality throughout the whole range except for some rough treble that makes itself heard basically only on clean cymbals but ruins them for me. Great detailed bass that has good but not perfect extension. Flat lower midrange which is very rare with headphones. Congested soundstage with only mediocre instrument separation which is strange because separation is usually something orthos are great at. Sounds are smeared together and bleed together in an unfortunate way. Creates a kind of "wall of sound" effect. The plus side of this is that it gives them a speaker like sound, not in terms of soundstage but sounds are not totally isolated all around your head, there’s a little mixing going on. Doesn’t really bother me a lot even though it is technically a weakness and I prefer the presentation of other iem’s that have better separation and space between notes. 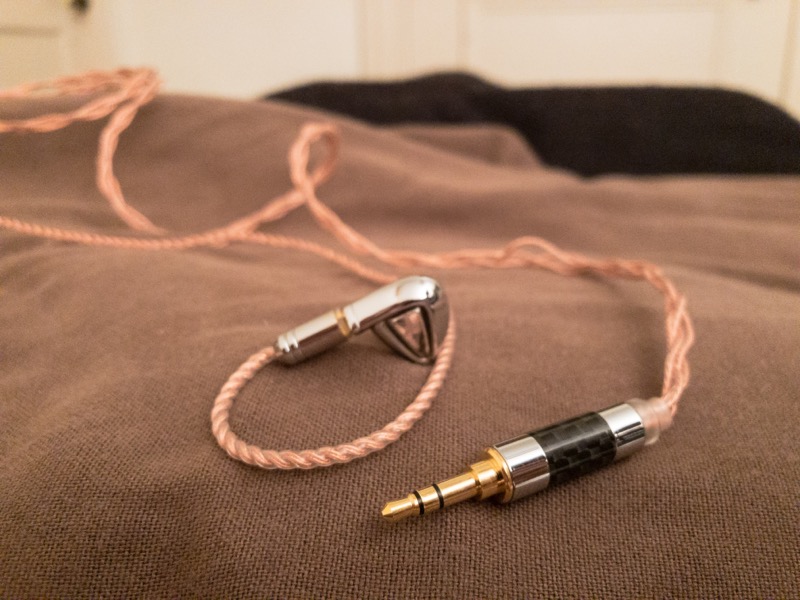 Continue...
The Mighty Utopia: Focal Utopia Revisted
181 18,516 by purr1n : Aug 13, 2020 at 7:48 PM
It's good to be reminded. The Utopia is just as amazing as ever and definitely belongs on my top five list. However, I don't use it. You know why? It's because from a great amp, I cannot put the headphones down! I don't have much free time these days as I need to concentrate on my RL job and SBAF, so I try to get as much listening in to music as possible. The Utopia is one of those headphones which is "eh, pretty good" on modest gear, but boy once you pair them up with a True Hi-Fi™ components, it can just suck you right into the music and you will get absolutely no work done. I tried, but I just had to take them off every time because I couldn't get that network architecture document or executive PPT presentation done! I got distracted from work every five seconds. 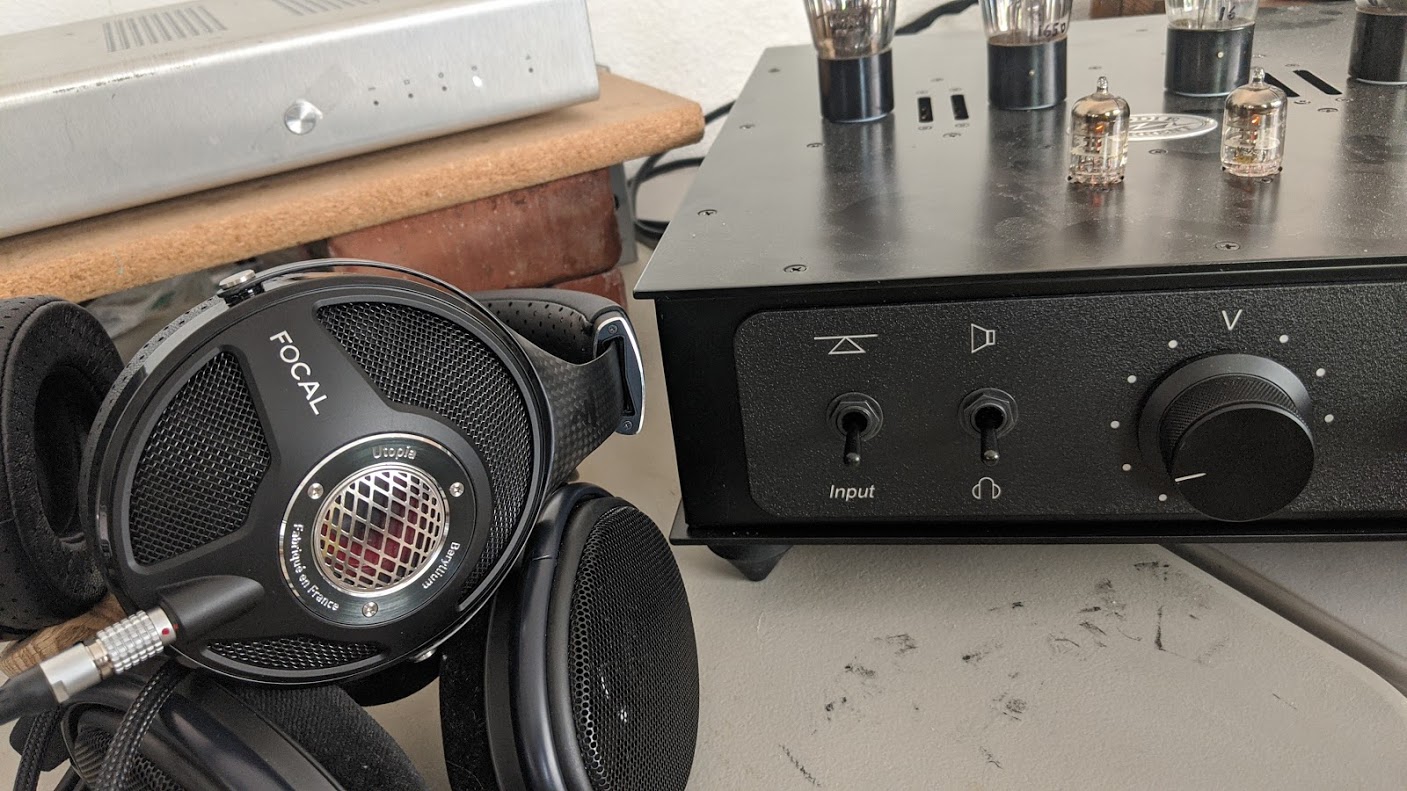 Continue...
Beyerdynamic DT880 Comparison
36 4,762 by wadec22 : Aug 9, 2020 at 6:51 PM
Since the hype machine had recently gotten it’s hands on them, I wanted to revisit them. Many of us have experience with at least one or two models and see it as possibly Beyerdynamic’s best headphone. I wanted to see again what the difference is between not only the 250 ohm and 600 ohm versions but do some analysis of the “black edition” that is all over the place. Below are my data analysis and subjective observations.

Continue...
Ode to Schiit: Vali Coaster
87 7,955 by purr1n : Aug 8, 2020 at 9:42 PM
I have a story behind this. Well, not the coaster. The original Vali amp. The coaster Vali isn't quite as good as the original Vali, but it's close. I was going for a futuristic Ancient Aliens look with the Lego blocks, one that would be compatible with the Schiit aesthetic. 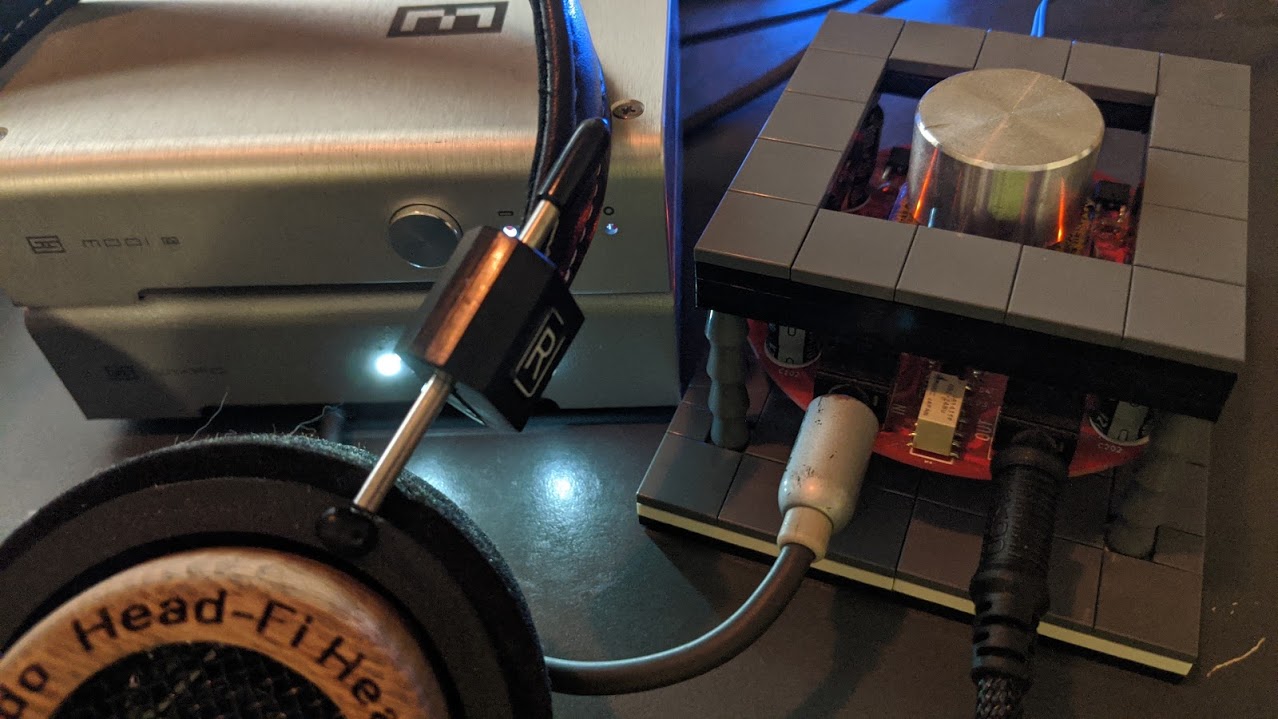 @Psalmanazar mentioned something about idm in another thread. I am listening to early 90s The Future Sound of London.
Continue...
Hifiman HE-R10 Closed-back Headphones
75 11,001 by Vtory : Aug 8, 2020 at 11:41 AM
Not sure if this is some kinda collaboration with Sony. In USD, $1,240 for dynamic driver version and $4,850 for planar driver version. 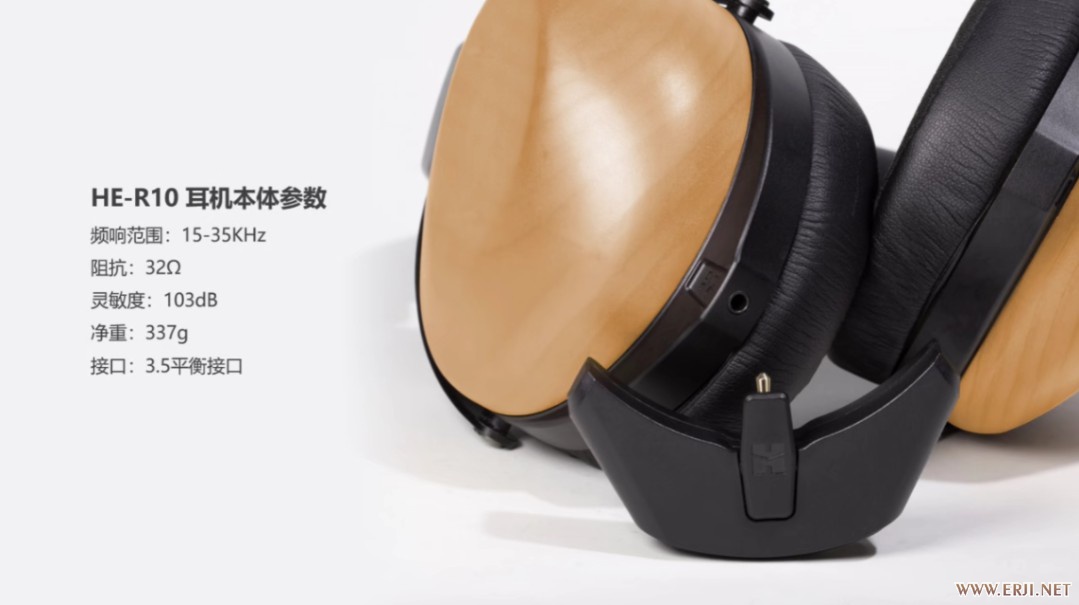 References:
https://www.facebook.com/HiFiMANElectronics/posts/3207687632661338
http://www.erji.net/forum.php?mod=viewthread&tid=2196985
Continue...
Kali Audio LP-6 Monitor Review and Measurements
28 2,647 by purr1n : Aug 6, 2020 at 7:37 PM
The Kali KP-6 monitor has taken the world by storm for two years now. For good reason, it's dirt cheap for 6.5" woofer, and so popular in fact that it's brought down prices across in the board. @Psalmanazar asked me about the Kali a while back and I mentioned that I would do a more formal review. Here it is.

One of the most amazing things that Kali has done which I don't think any other competitor has done, at least not to this extent, is provide an insane level of adjustability. There is serious pro stuff here. There are adjustments for half-space, quarter-space, free-space, and anything in between such as how far away from the wall the speakers are place. In addition, there are separate LF and HF trims with a center point of 700Hz with a slow rise to the shelf. The LP6 is also enormously versatile in terms of inputs, offering RCA, TRS, and XLR. There is a variable gain knob in lieu of an input sensitivity switch. Everything is illustrated on the back of the cabinet! There is no need to RTFM. Kali makes it easy.
Continue...
Eddie Current Ultralinear 6L6
9 1,725 by purr1n : Aug 5, 2020 at 5:45 PM
The amp started off as a 445, but getting easily bored, Craig wanted to try something different. He rigged it up to use 6L6 power pentodes wired up for ultralinear operation. There are x2 pentodes per channel, so one may think this would be push-pull, but it isn't. It's single-ended all the way. The original OPTs were for single-ended designs anyway, so Craig had to keep this single ended. The outputs of the 6L6 are paralleled. This amp doesn't have any interstage coupling caps either. It uses interstage transformers. 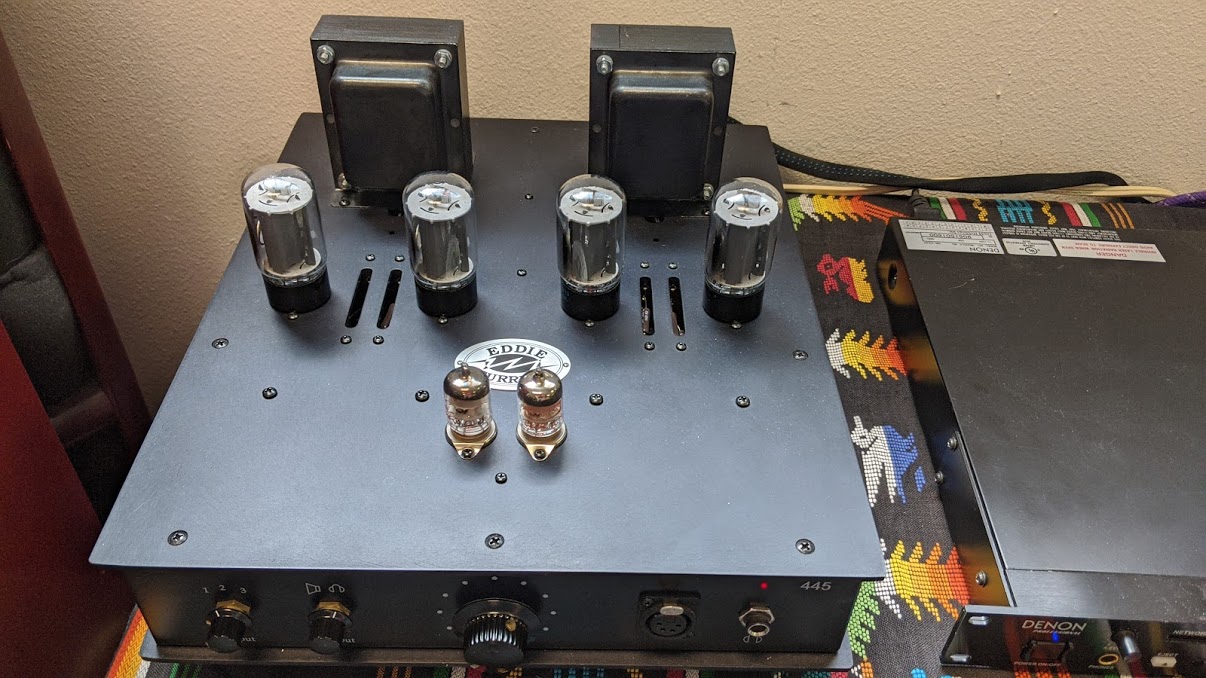 Ultralinear is more powerful, punchy, with sharper and stronger attacks. Triode is softer, more rounded, but offers space, texture, and plankton. Ultralinear is clean, with straight lines, maybe even a bit simplified. Which one is more true? I'll be a weasel like the audio magazine reviewers and say that I do not know and that the listener must decide! My bias is obvious, but it's not nearly so black and white, it depends.
Continue...
Three Affordable Tube Hybrid Headamps – Garage1217 Project Horizon Compared
20 3,127 by purr1n : Aug 4, 2020 at 11:48 AM
A few weeks years ago, I called the Garage1217 Project Ember a POS** on SBAF. Probably not a fair thing for me to say; but nevertheless, I still don’t care for the Ember. I don’t remember exactly which version of the Ember I had (I think it was 2) ; but I did play around with all the switches to get the best sound, and even used Yggdrasil as the source, as well as several different headphones (HD800, HD600, Code-X, Abyss, etc.). The Ember sounded bloated, veiled, too tubey, slow, unlively, glossed over, and with some grain and dryness in the highs. My experience with Project Starlight wasn’t all that great either (boring and unengaging). So I completely wrote off everything from Garage1217 for years. 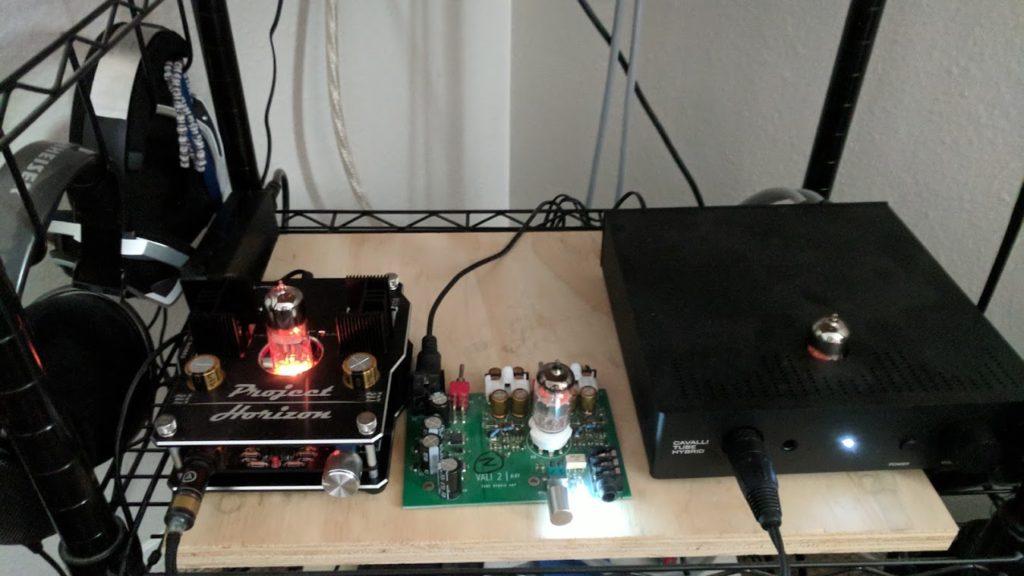 @Luckbad, seeing my post, offered to send me his Project Horizon to try, assuring me that the Horizon was different – better. I decided to accept this offer. I may have strong opinions, but I want to be fair. My motto has always been “prove me wrong”. BTW, the Horizon supposedly has a different topology from the Ember. I am not sure about this, so I would defer to all questions to either Luckbad for Garage1217.
Continue...
Focal Alpha 80 Monitor Review and Measurements
32 2,627 by purr1n : Aug 2, 2020 at 7:22 PM
As well as high-end two channel speakers, headphones, and nice car speakers, Focal makes monitors for the professional market. It's my understanding that one goes Focal for the service. For professionals, service can be crucial. The Alpha 80 is Focal's model with the 8" woofer paired with a 1" tweeter. Focal also has an Alpha 65 and 50 with 6.5" and 5" woofers respectively. The woofer looks to be some sort of glass impregnated paper. The tweeter is an aluminum inverted dome mounted on a shallow waveguide. 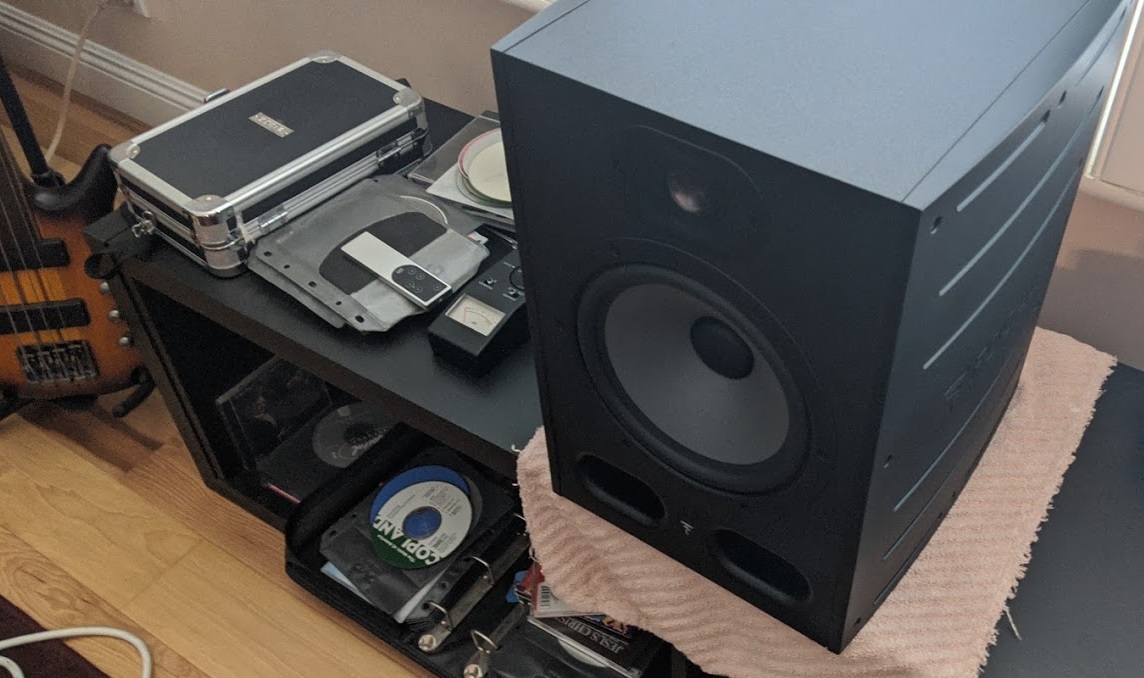 Continue...
Page 4 of 9
XenPorta 2 PRO © Jason Axelrod from 8WAYRUN
SBAF is supported by the following: