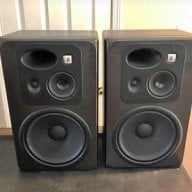 They just made masks mandatory in my county. Just made a few purchases on ETSY. I am still WFH, but I like options when I go out. Jun 28, 2020